My belief is that humanity can be healthy only if the nature it lives in is kept healthy as well.
The link in between everyone of us, and nature, is a very important one to be taken care of.
My dream is to help achieve this.

All the films I work on have this guideline.
This is my DNA.

DREAM IT AND MAKE IT HAPPEN! 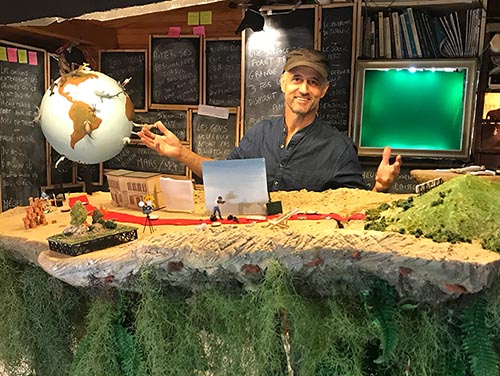 If your dreams don’t scare you, they aren’t big enough!

My mam tells me: “Follow your dreams, and if nothing makes you smile, then smile and good things will come up to you”. She is right. By following her advice, my job has taken me around the world to film and fight for some of the most beautiful places with great people, great teams. 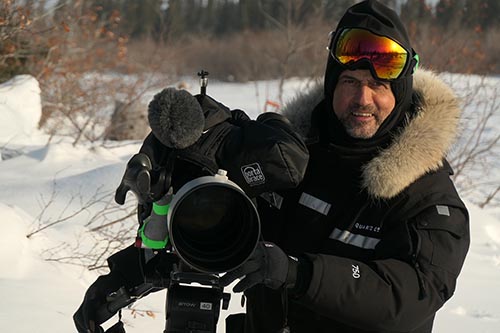 With my family we made the choice to live in Brittany, France. We are on the edge of the mythical forest of Broceliande. I built the wooden shed in which I write my scripts next to oak, beech and chesnut trees.

But my passion for nature starts when I am 7. My father, a helicopter pilot for a French polar explorer, Paul-Emile-Victor, organizes a film screening in the family lounge: a waltz in between icebergs that he had filmed with a super8mm camera attached to the cockpit. At a time with no internet and no television at home, this had the effect of a visual and emotional bomb!

I made myself a promise: to go past the horizons and discover the beauty of nature, of all the different ecosystems, oceans, deserts, mountains, forests… I have never given up on that dream and I feel privileged I could reach it. 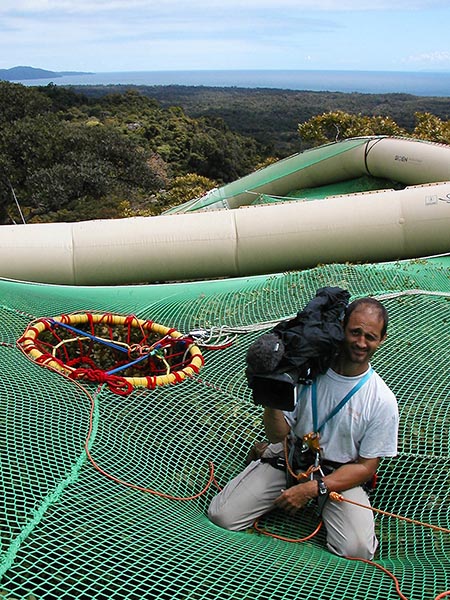 With three friends, we created in our twenties a travelling press agency and we went around the world for 2 years, using two antique Citroën cars as our office (Photos visible at Team Work).

I then worked 22 years across the Earth as film director and DOP for the biggest nature program in France, Ushuaïa Nature - 5 to 8 millions viewers – run by Nicolas Hulot who later became the minister of environment in the French government.

My camera took me to very remote places: 800 kms on camels in the Sahara for a geological expedition with Théodore Monod; two months of sailing and climbing in South Georgia to follow the tracks of the English explorer Ernest Shackleton ; fifty meters above the ground on top of giant trees to film the tropical canopy with the world famous botanist Francis Hallé, and many more other wild territories with scientists and people concerned by our Planet’s health. 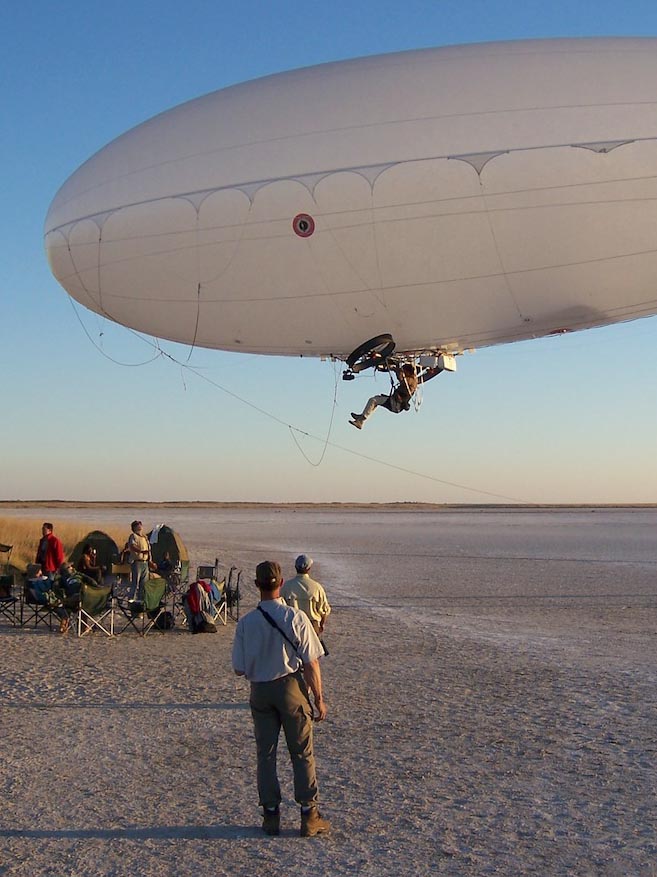 I have directed or filmed for over 80 documentaries ; co-wrote “Amazonia” which was chosen as closing ceremony film at the Mostra, Venice, Italy.

“Mundiya Kepanga, the Voice of the Forest”, won the category “Global voices” of Jackson Wildlife Day, at the United Nations, in New-York, 2020

“700 Sharks”, co-produced by National Geographic, was nominated for the Emmy Awards in New-York, 2019.

“The Botanist”, the script of an ecological thriller, that I wrote with another director, is being novelized by an editor in Paris.

My challenge today is to use all the experiences and stories of nature I have gathered to write and direct feature films, movies, documentaries, with one main conviction now driving my work: “One never convinces with arguments, one convinces with emotion”. Use the power of emotions to help us change and behave better with nature.