The Mysteries of Clipperton 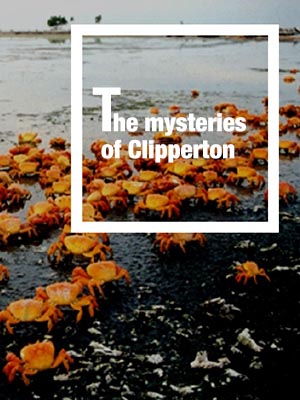 Some people tried to settle on this atoll at the beginning of the 20th century, but failed. It is too remote to get regular food supply and the ground is too poor to grow vegetables, or raise animals.

This remoteness helped to preserve the natural flora and fauna. This place is as well one of the island on earth the further away from any kind of civilization, which makes it a good spot to study the quality of the air, as a world reference, for what could be the purest air on earth.

The French explorer Jean-Louis Etienne organizes, with many scientists, a four month expedition to study this complex ecosystem, full of gannets, crabs, spirulina algae, manta rays, sharks, dolphins, but also rats brought up by boats, and waste, debris, trash stranded on the beaches, coming from the American continent.